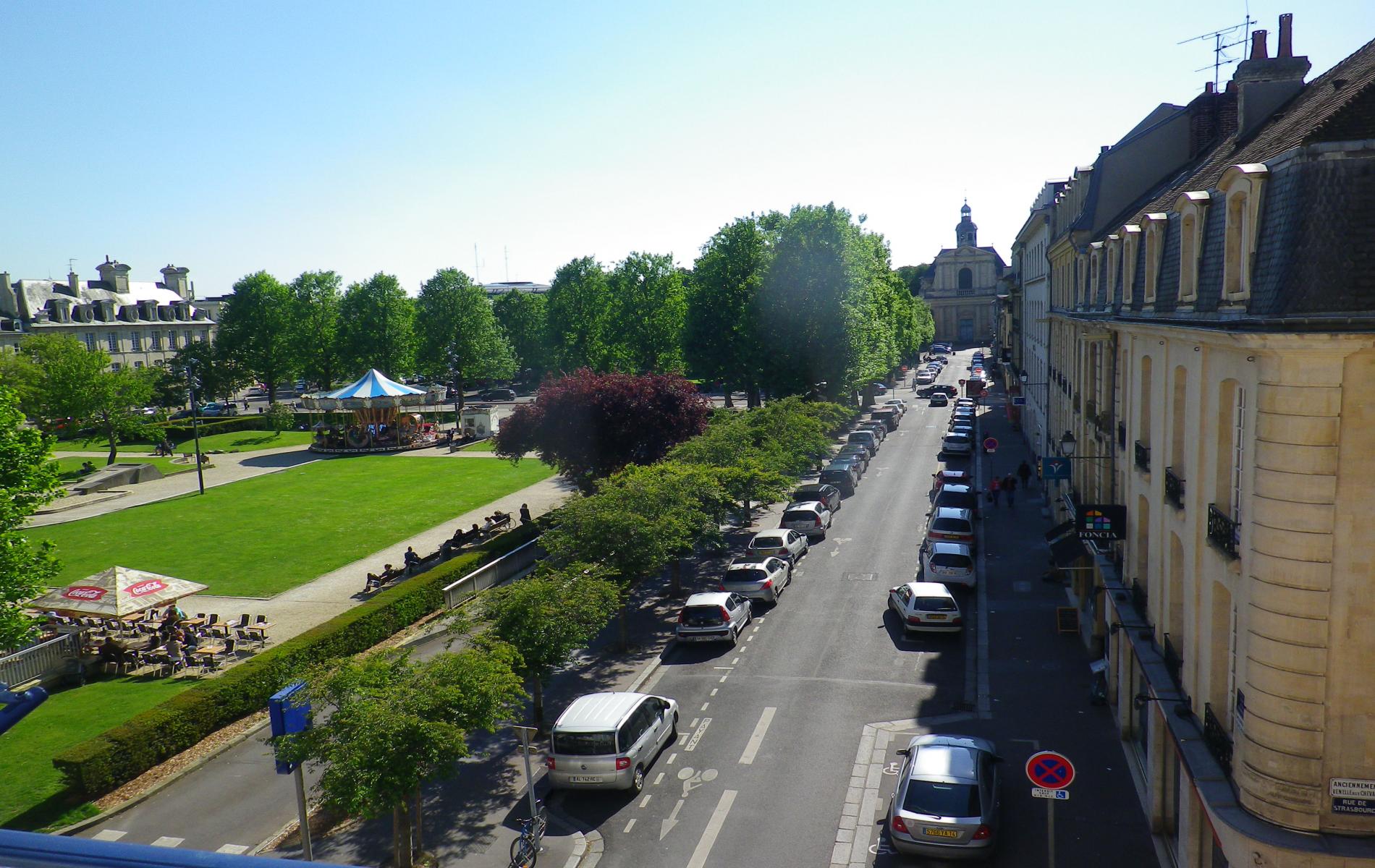 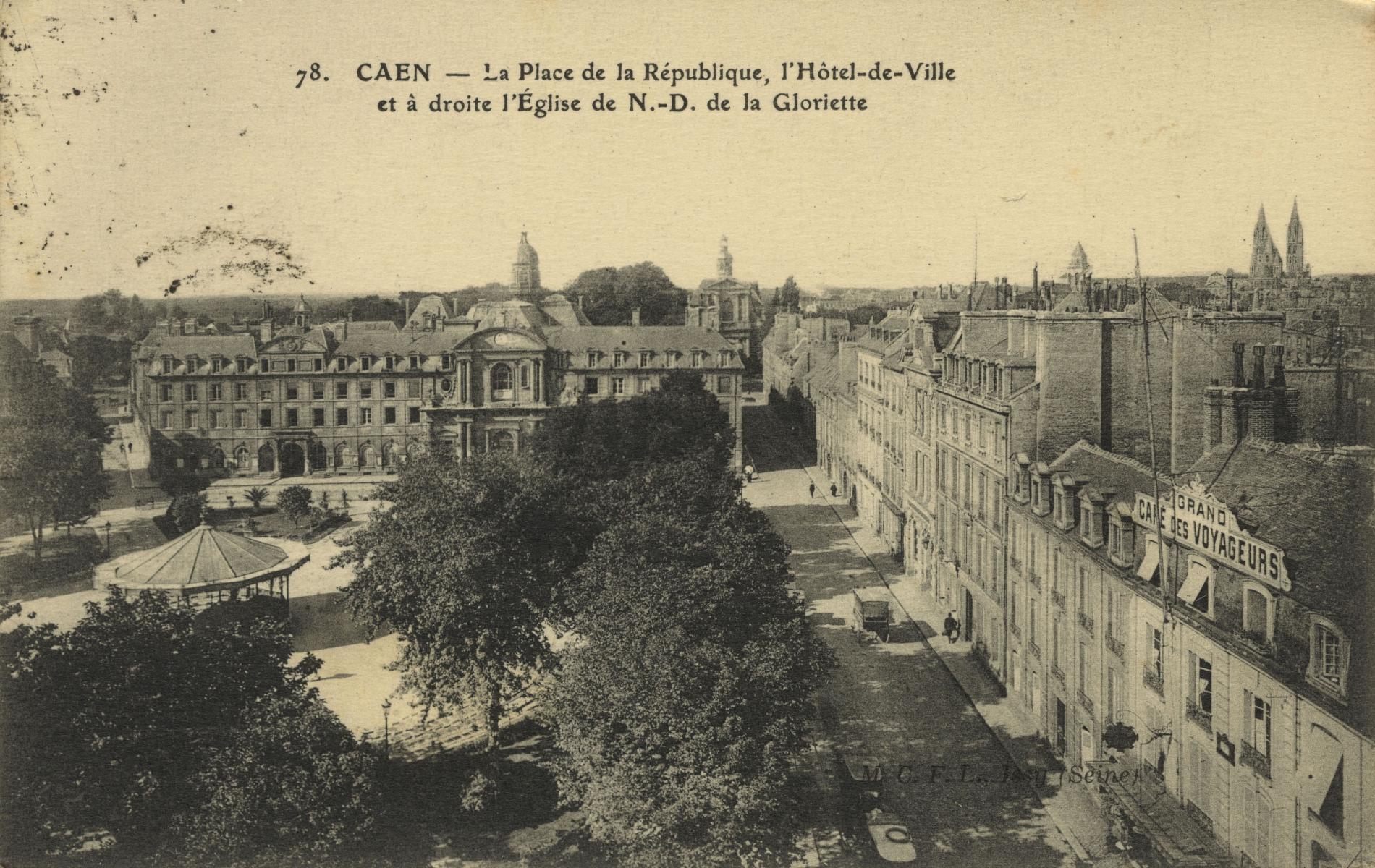 Devant vos fenêtres / Out from your windows

' The republique square is situated where meadows used to separate the medieval districts of the city, Bourg-Le-Roi and Saint-Jean. In the XVIIth century, the place is turned into a square in order to urbanize the space between parishes Saint-Jean and Notre-Dame ( 1635 - 1637 ). This ' Road Square', renamed Place Royale in 1679, welcomes the statue of Louis XIV in 1685. It reprensents the monarch in Roman emperor and is surronded by borders and with rows of limetrees. The square is then in the heart of a new very rich district, appreciated by the aristocracy which has magnificent mansions built. The XIXth century will see it placed in the center of the local administrative life. The municipality becomes established in the “Eudistes” monastery and the city hall is settled there in 1791. The statue of Louis XIV vandalized during the revolution is restaured by the Mayor Forest D’Osseville in 1828. The central post office is built on its edge in 1881 whereas the prefecture is connected to the place by the street of Hotel-de-Ville. The public garden becomes “ the Imperial Square” then the “République Square”. This last naming badly accommodates with the presence of the symbol of the absolutism. It is thus decided, in august 1882, to transfer the statue towards the park of Abbaye aux Hommes in front of the high school in Guillouard Square. It will stay there until the High school is turned in the new Hotel de ville. In April 1882, the Royal Square undergoes a complete facelift on the initiative of the city council. Renamed “Place de la République”, it is transformed into a public garden benefiting from the street lighting and ornamented by flowerbeds an terraces. Metal bars of fence are fitted out around the square the following year.

In 1882, a musical bandstand is installed with the name of big composers on its summit. The pavillon becomes the meeting point of music lovers who come in particular to attend the weekly concerts of military music from the city.The pavillon survives the war but is destroyed during the refitting of the square ravaged by bombardments. “